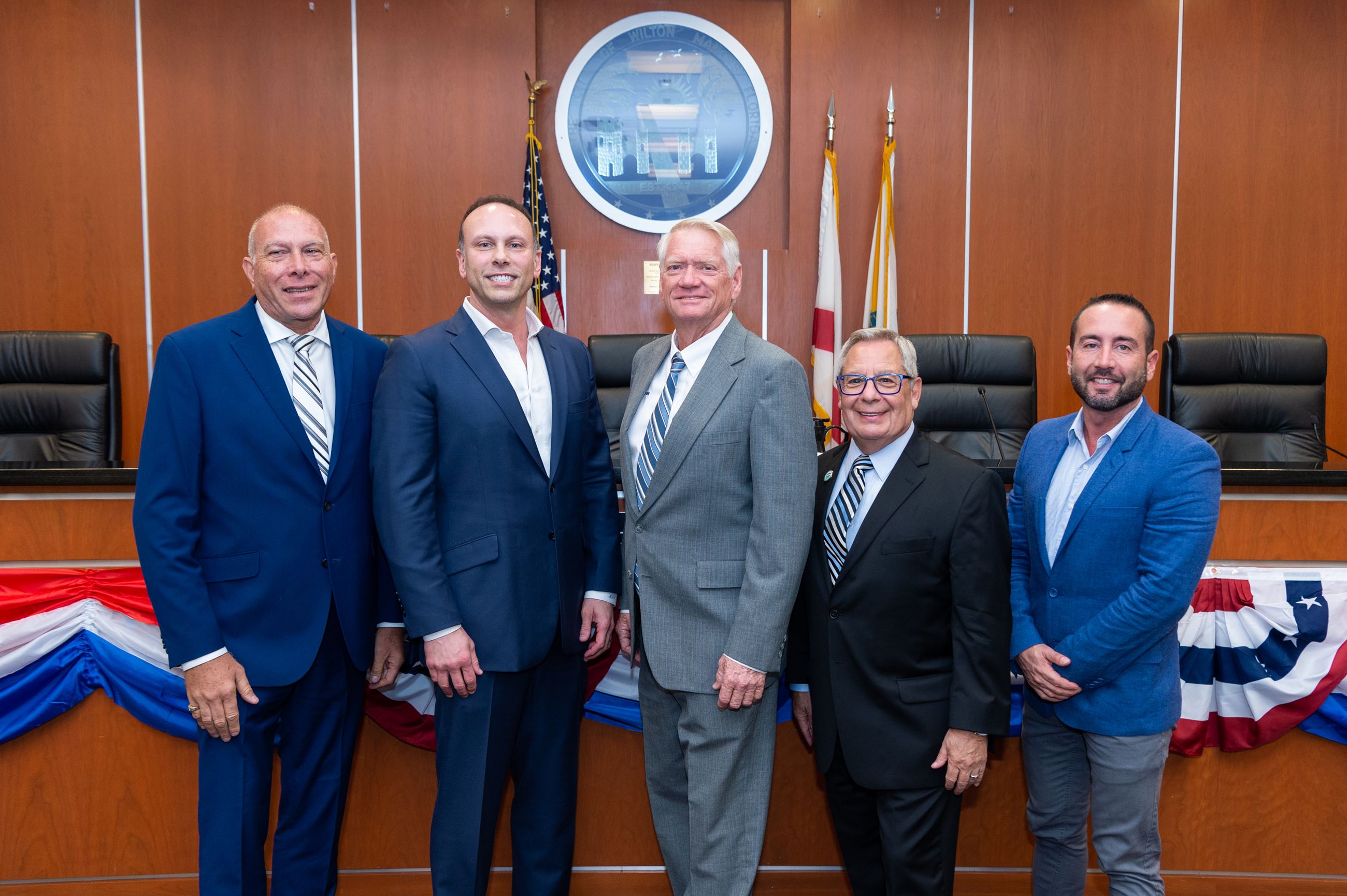 The City Commission of the City of Wilton Manors is composed of a mayor and four commissioners. The mayor is elected for a two-year term and commissioners are elected to four-year staggered terms. The commission is responsible to the citizens of Wilton Manors for the establishment of policy and the overview of the operation of the city which is performed by the city manager and the various operating departments.

The duties of the City Commission include attendance at regular and special commission meetings and workshop meetings; public hearings; passage of ordinances and resolutions; acting on items required by city charter such as acceptance of proposals, grants, agreements, proclamations, awards, etc.; and dealing with citizens on a daily basis both formally and informally. The commission also has a primary responsibility for the establishment of the annual city budget and the provision of revenues sufficient for the effective operation of city government.

The City Commission holds regular meetings at which city policy is established through the passage of ordinances and resolutions. Additional commission meetings and special meetings are held periodically as required.